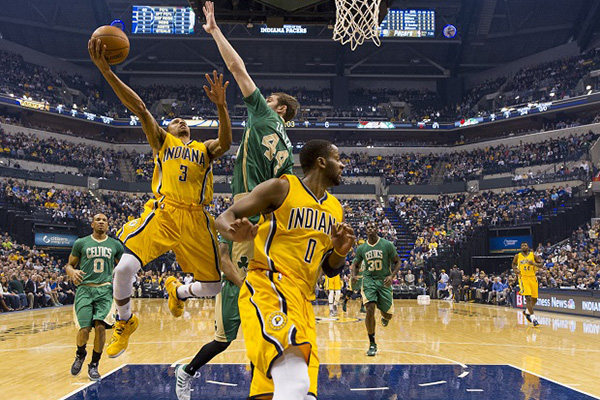 The History of Basketball – Beginnings

Basketball was invented by one man, unlike the other major sports popular in America. His name was James Naismith. Born and educated in Canada, he moved to Springfield, Massachusetts and began teaching at the YMCA Training School. His interests were physical education and Christian Ministry.

In 1891, he lamented at the fact that the harsh, winter weather prohibited outdoor sports such as football and baseball, and he realized that his students were suffering due to the lack of healthy exercise. As a result, he set out to create a sport that could be played indoors at YMCA Gyms everywhere.

As a basis for the game, he thought back to his childhood and a game he played with rocks. He converted the rocks to a soccer ball and using two peach baskets placed 10 feet above the floor at each end of the gymnasium, he called it “basketball” with the goal of getting the ball into the peach basket.

He then wrote out 13 rules for the game and determined that there would be nine players on a side. On December 21, 1891, he threw the ball in the air for the first “tip-off” and the rest is history.

Soon peach baskets, which required the game be halted every time a basket was made, were replaced with a net to permit the ball to go through, a backdrop was added to help keep the ball in play and the soccer ball was morphed into a ball that was more appropriate in design, size and usability.